The first concept for a three day walk for breast cancer was created and produced in 1998 by Dan Pallotta and Pallotta TeamWorks benefiting the Avon Foundation. In late Aug 2002 Avon introduced its own two-day walk (the Avon Walk for Breast Cancer, a 39-mile walk over two days). In 2003, the Breast Cancer 3-Day debuted now affiliated with Susan G. Komen for the Cure. The event is now simply referred to as the Susan G. Komen 3-Day, and has as its exclusive beneficiary, Susan G. Komen For The Cure.
Since its inception the 3 day has brought in over $500,000,000 for Breast Cancer Research and services.
It always seemed strange to me, and still does, that somehow there would be any question that both Avon and Komen are wonderfully important and powerful tools in fighting Breast Cancer. Those who have the commitment and enough passion to walk are heroes, each and everyone. And you find if you slow down enough to talk with people, each has their own story. No one's story is more important than the other. They are different from each other but share the same villain, Cancer. You walk 40 miles in 2 days, I walk 60 miles in 3 days. Some peple walk one event in their lifetimes some walk 14 in one year. There is no one whose motivation is more compelling than the next. It isn't (like the walk itself isn't) a competition.
Leslie and I had a small walk scheduled Sunday morning (since I had a packed day of work). Today also happened to be the last day of the Avon walk. The walkers were heading back to the city after their walk to Corte Madera the day before. We could see some hydration stations, a pit stop and a couple of folks setting up as we walked toward Sausalito. It was as though we were the advance team...
Coming up on one couple of women I could see their eager eyes and smiles. They were thinking we were the FIRST of the walkers to arrive, so I let them know right away it wasn't the case. We talked a little and Leslie and I thanked them for being there. We told them they should come back in September and cheer for the Komen walkers then. I said "We are all just one big Pink Family". It's a message I want everyone to hear, especially this year.
We had breakfast at the Bayside Cafe and watched as the walkers finally caught up with us. By the time we headed back . The first walkers in a walk like this are directed, often monofocused, generally not as cheerful. The middle point of the pack seem are confident they will complete their journey in one piece. As Leslie and I saw these people we thanked them for walking, told them they were looking strong, encouraged them to keep on going because the end to the walk and cancer was close. 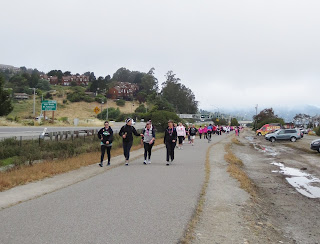 They had a jaunty spirit and sported some great smiles. 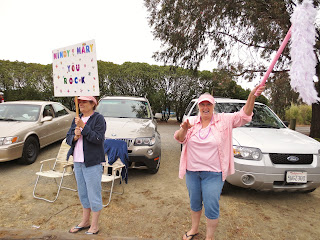 We saw the women we had seen earlier.
We also saw a woman at a hydration station that boldy said (knowing we were walking in the Komen walk) You really should be walking in Avon "all the money stays local." I smiled and carefully said "Thats great. I may someday. Isn't it wonderful that each of these walks are doing the same exact thing? Fighting Cancer, even if its in different ways." But I dropped it there. I didn't want to argue about whose dollar is more important since, they BOTH matter.

Komen's dollars from the 3 day are broken down as 75% to research and 25% toward support services and education. The Komen Race for the Cure raises local dollars, for local programs. You can be in it to end it if you don't cast a wide net. You can't find a cure by investing in screening only. You need to think bigger than that.. 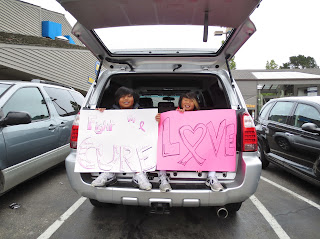 And some kids in the parking lot waiting to cheer the walkers. 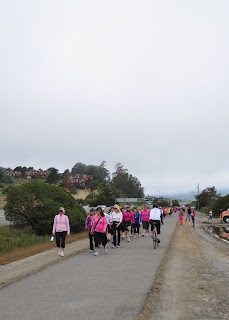 As the pack starts to thin out, the walkers often have gaits that show they are tired and worn and losing some steam. We started hugging these people. 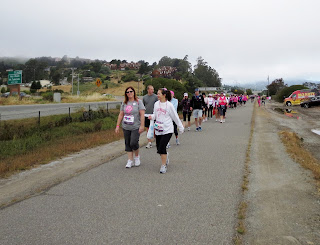 We would say "I need to give you a hug" and I would throw my arms around them, as their tired faces would lighten up. I would say "I am a 17 year survivor, thanks for walking" and Leslie would say "I'm on year 3".

I looked over at Leslie as saw she had tears in her eyes.
I told her it was good practice to be out here today because I know just how emotional this walk will be for her. It is my hope that this walk will become a proclamation that she and Olivia have beaten Cancer. That despite what has been thrown at them, they are fighters and they are choosing life. They are choosing to walk bravely into being the real life heroes they have become. I told Leslie her example and her strength is some thing she needs to celebrate. I truly hope this 3 day will give her a chance to do that.

So as we walked along and hugged walker after walk, I was filled with the amazing feeling that what I have been through is a gift, to not only me, but these people on their journey. Somehow our steps cannot help but be easier if we know someone sees us, recognizes the effort and cheers us on. And we cannot help but be filled with BELIEF survival is every one's right when you see it hugging you in the middle of Marin. See it in the eyes of one mid aged century modern woman and one younger bright light of a gal.

Once again - this journey has given me more that I could have ever given back, but by God I am going to try to even it up. Buckle your seat belt Leslie, this is going to one heck of a ride.


The day before.....
Glenn and I went to Dana's in Lafayette for a BBQ and enjoyed a beautiful sunny day, with friends. That is always good.... Glenn smiled alot and talked alot and that is very good too. Patty and Mike visited for the first time and Patti and John were there to. We got home too late, and went to bed too late. At least too early for me with my early morning walk scheduled. But hey, it all worked out. 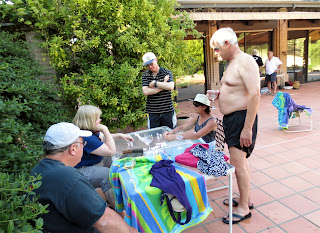 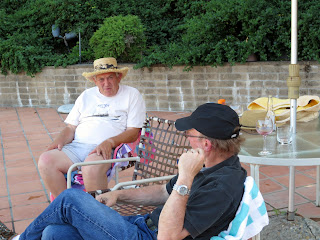 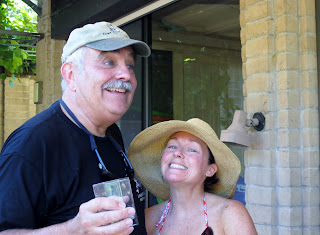 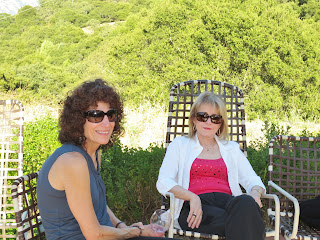 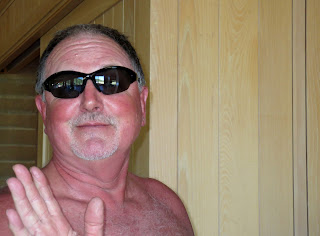 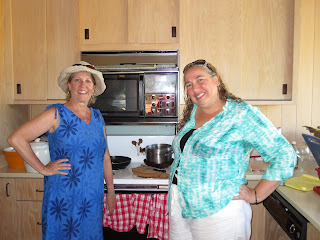 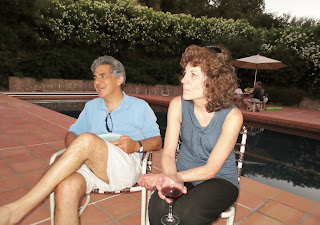 Lots of good conversation and wine 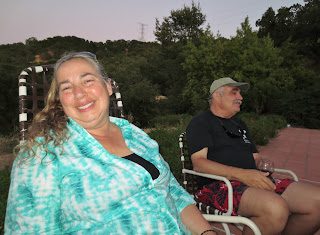 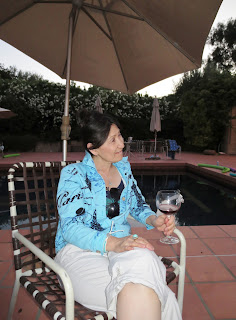 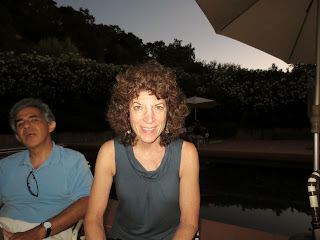 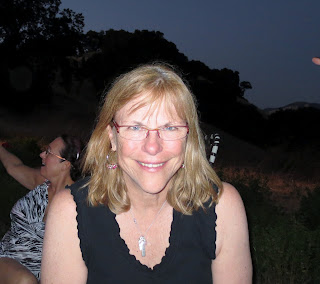 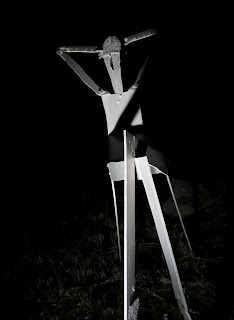 Ahhhhhh
HAVE YOU RSVPed. What would happen if I didn't have enough Pinktini's because you forgot to??? OH THE HUMANITIES!
DO it now or BID on the auction at http://www.pinktiniandpopcorn.com/
Posted by Unknown at 8:33 PM

Donate to our walk!

Donate to our 2013 walk. I would love to have you join our team as a supporter! I am aiming for double digits so help us all get there. Together we can end Breast Cancer in our lifetime! AND I am walking not one but two 3 day events. San Francisco and San Atlanta. For me it will have been 18 years since I was diagnosed with Cancer by the time I walk in the 3 day. Can we go for $18,000? Sure we can! www.the3day.org/goto/cathy